When Arial is missing

A long-time user contacted us today about migrating their Advanced Accounting 6.x system to a newer operating system on an also newly purchase computer.  They wondered whether the newer update that is available would fix a problem with both screen and printing having become excessively small and hard to read since making that change.

The "bitness" of the operating system of course had nothing to do with this issue; it was one we haven't seen before, but which many computer users have reported experiencing:  a missing Arial font installation.

The missing font of course also impacts the way that web sites are viewed in a browser.  For example, this is what our support page looked like from the end user PC: 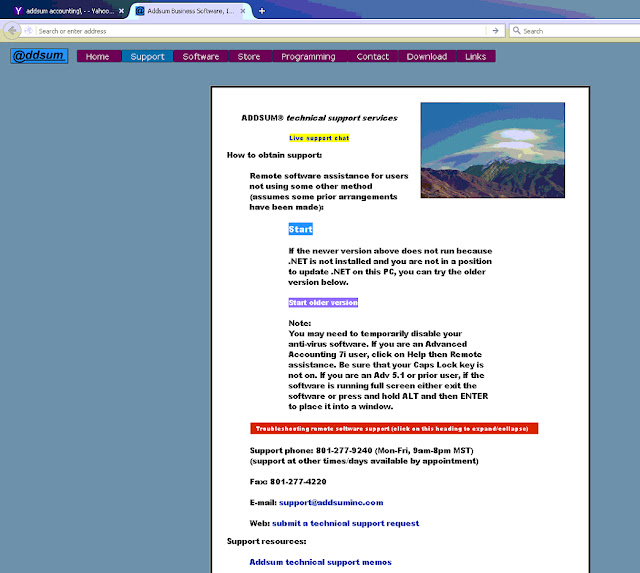 This above is not what it normally looks like.

When the accounting software came up, the lower portion of the Advanced Accounting license screen appeared as follows:

Note the almost unreadable text starting with the Continue button and the rest of that screen.  Entry fields within the software were also very small and hard to read.

Because it is a standard font that is normally installed with all Windows installations, the most common font used in Advanced Accounting 6 and now 7i (and this will be true with the next release as well) is Arial (although it is not the only one).   When a font that is specified by an installed program is missing (including in web pages), the operating system attempts to find the closest available match, but the results can be unpredictable.

In checking installed fonts on this PC, there was no Arial.

After installing Microsoft's European Union Expansion Font Update which includes an updated version of Arial (along with Times New Roman, Trebuchet and Verdana), the problem was immediately solved, and without the need for a reboot.